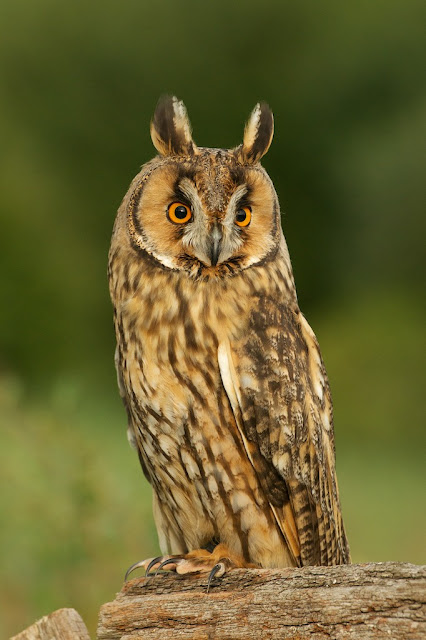 Earlier this week I went out on the reserve with our two new long eared owls, and keepers Meg and Tom. I haven't picked up my camera in a while, due mainly to time... and admittedly possibly a little lack in motivation too... but the glorious evening called, and I had yet to take some nice photos of these two owls since they had fully grown.

Above is Leo, hand reared by Meg. A beautiful long eared owl who has already been on a few of our owl days. 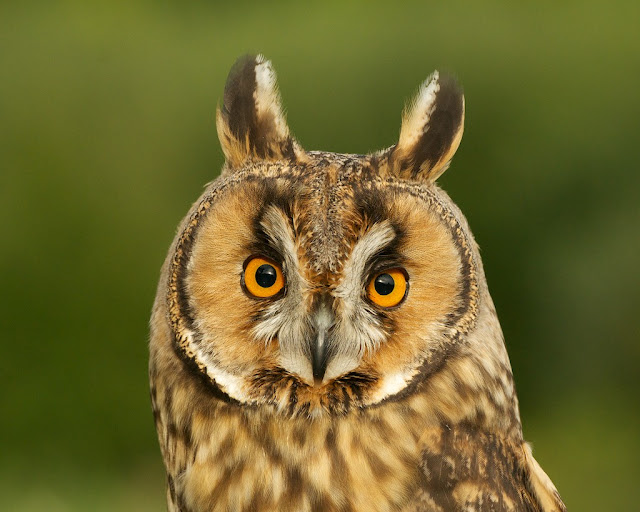 Despite the weather being lovely, we had surprisingly little light. So when it did break for a few moments I took advantage to take a head shot of Leo to show off his facial disc. 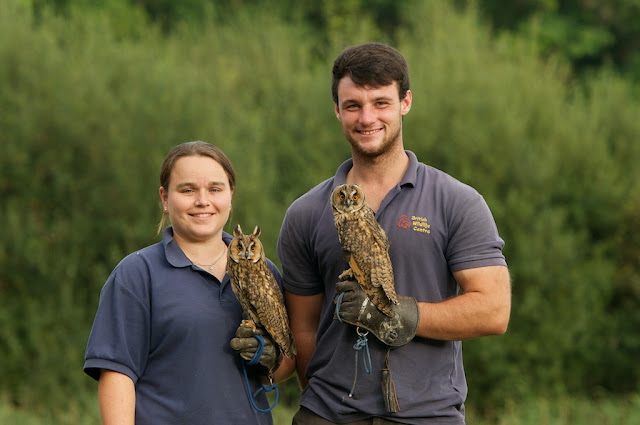 Here are all four of them, you can see how dim it was despite the weather, surprising really but we made the most of it. Took a while to get all four of them to look at the camera at the same time :-) 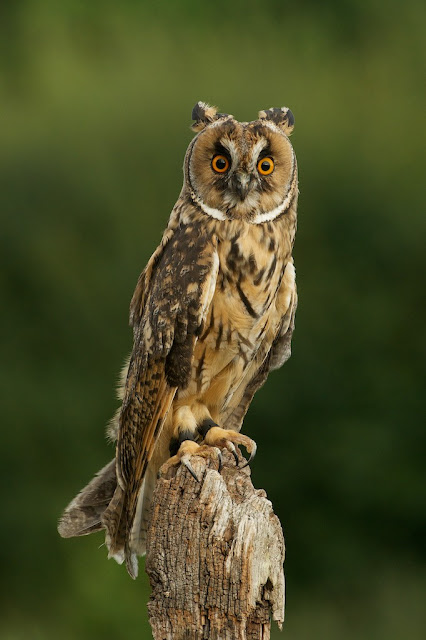 And here is Percy, reared by Tom. Still a little maturing to do, but practically there. Despite being siblings they are different in both looks and personality. Amazing how the same animals are still very individual, have their own characteristics, even when from the same litter parents. 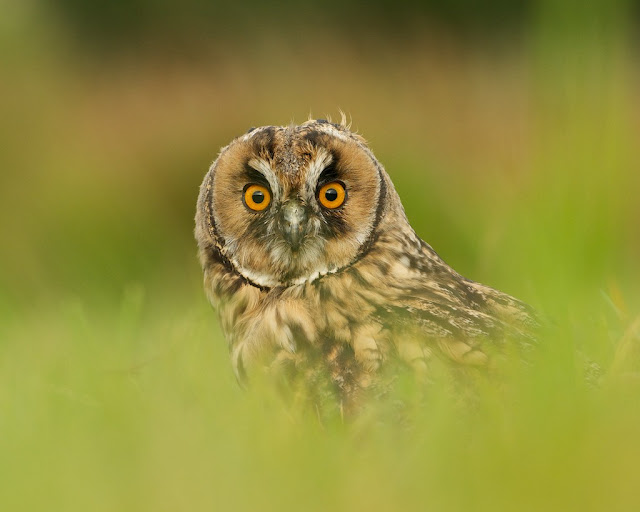 We set them up in a few different places, but didn't spend too long. We hoped to go in to the woods... but unfortunately it was too dark for that. 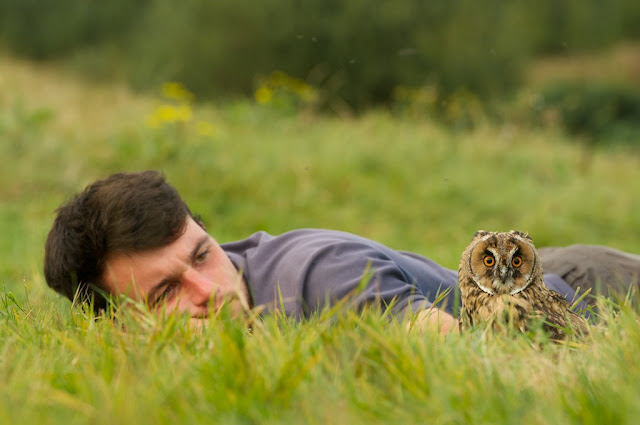 Tom and Percy chilling in the grass, all in all it was a good sessions. 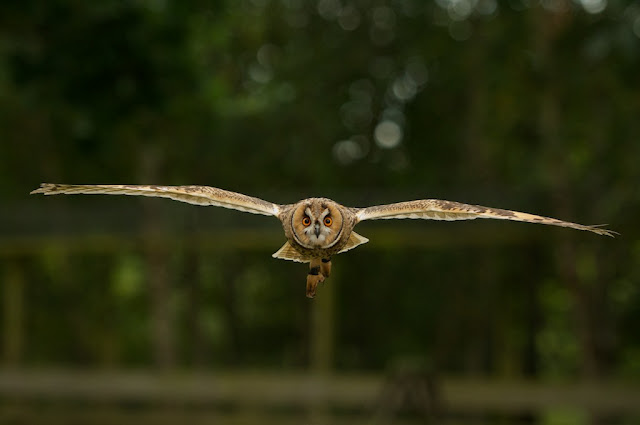 Then right before we all left, Meg flew Leo in the Dell. He is a little star already in our displays, and I will get some nice photos for you of him flying out on the reserve when I have time, but just for a record shot this will do.