Samsung very kindly asked me to use their new flagship DSLR, the Samsung NX1, for an eight week period to see what I thought of it. I would provide them with some of the images I take each week, and in return they would allow me to keep the camera with the kit lens.

This was all organised the week before Christmas, and that is when I received the camera, but unfortunately the kit lens has only just arrived. It was an honour to be asked to do this for them, and I was really looking forward to it... and have really enjoyed using the NX1 for the past couple of months. They have since asked me just to upload enough images I have taken, and will take, to cover an eight week period. This is great, as it makes it easier for me... many images I already have for them on my hard drive... but does mean I will no longer be doing as many blog posts as I was originally intending on it.

I will however still do a few over the coming weeks, sharing some images, and sharing some thoughts on the Samsung NX1... a lot of people have asked me already what I think of it, and to sum the camera up in one word I would say "Promising!" :-) 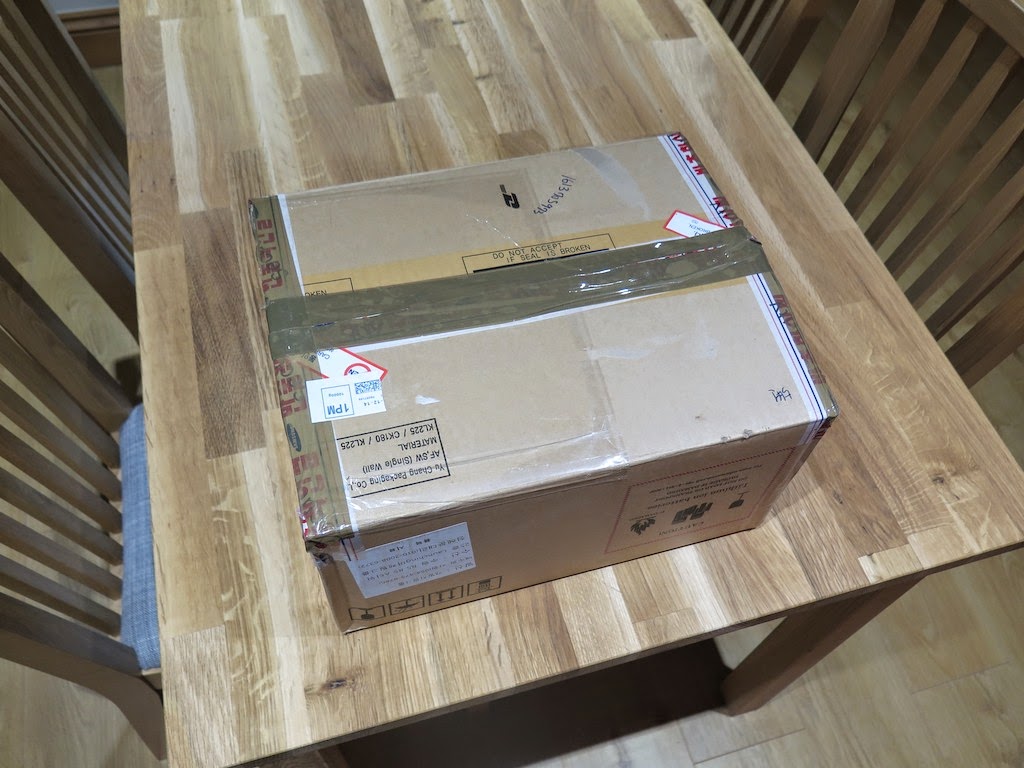 This was the package that arrived for me on Christmas Eve... seems so long ago now, and what was inside... 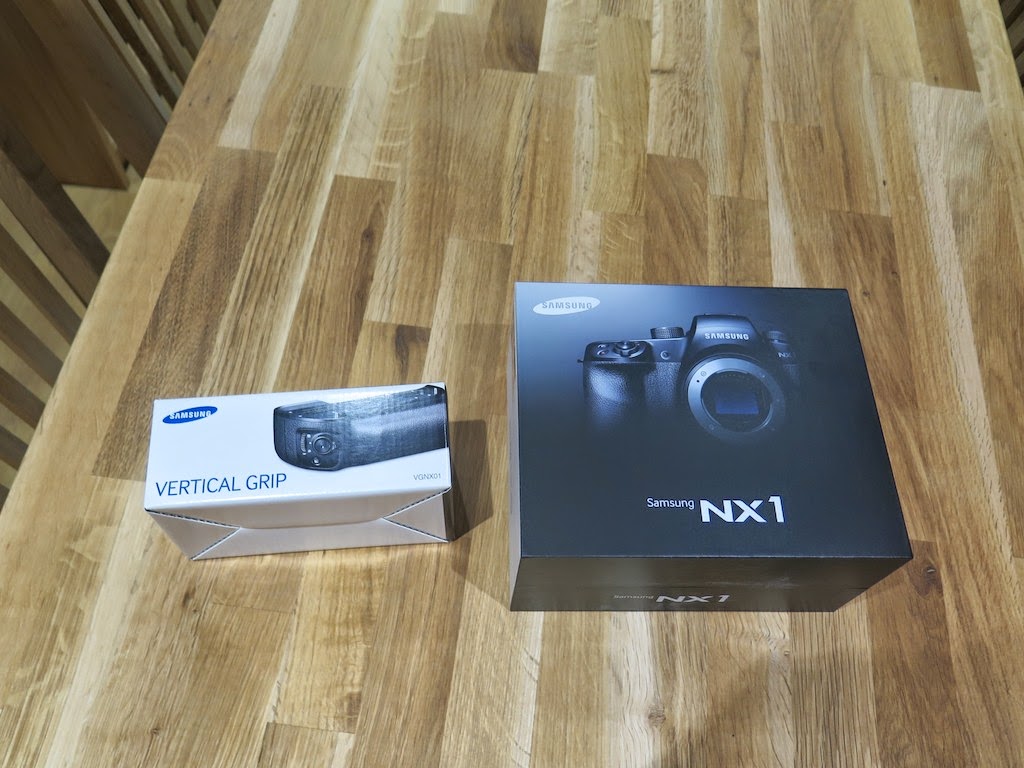 The Samsung NX1 and vertical camera grip. I am not a camera geek I am afraid, so I will link in the camera name in this sentence the website with all the NX1's technical details etc for those interested. In short though it has a 28.2MP sensor, is mirror less and can shoot at 15fps! 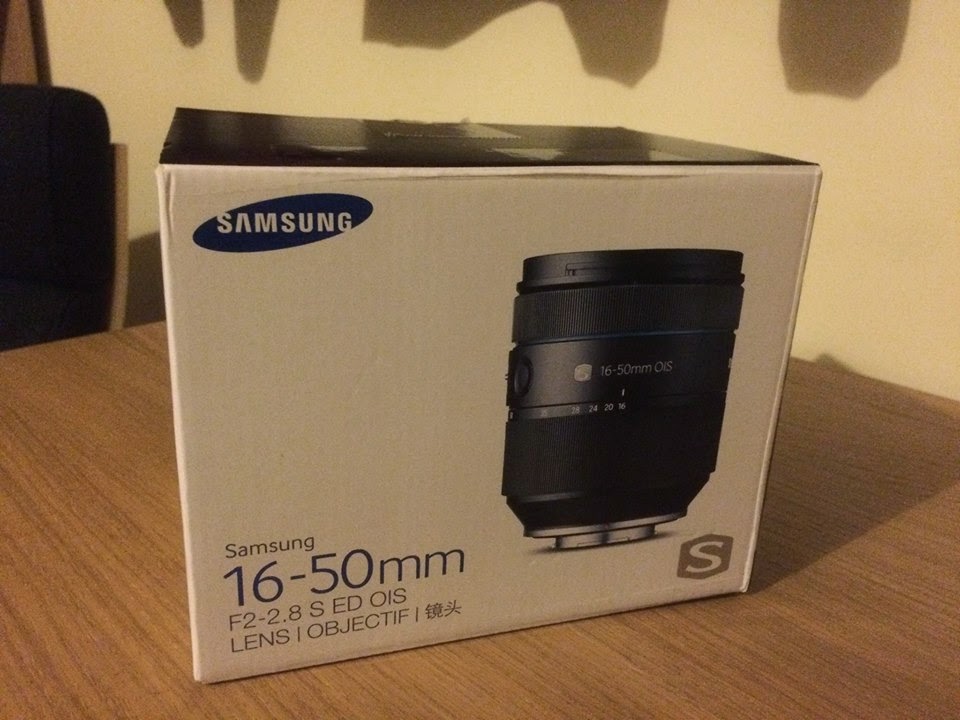 And this is what arrived for me last week... the kit lens that goes with the camera. I believe the rrp for all the above is just shy of £2,500.

I am very fortunate that as a thank you I get to keep all the above.

In addition to this, Samsung have loaned me their 18-200mm lens and 50-150mm 'S' class lens. I asked for a longer reach, since I will be photographing animals, and they kindly agreed... they will be collecting these when I have finished, but I have had these since Christmas so have had a good 3 months with a working camera!

I have not been afraid to put it through its paces, at the end of the day I have used it as I would the camera I normally use. It needs to stand up to that for what I photograph... at the same time though I went at it, and still look at it with an open mind. Try not to compare it to other cameras and rate it on it's own merits. I will be honest, I have been surprised at what it can do, and have very much enjoyed using it so far... Will it ever compete with the 'big boys' of Canon and Nikon... I don't know, but it certainly has a lot of potential!

This is one of the photographs i took with the first lens they loaned me, the 18-200mm. To be honest, this lens is not worth it... very poor at the long end of the range. I will post other photos later, but it wasn't too bad at the wide angle.

The first thing that struck me about the camera was the weight... it is so light for a DSLR! I guess because it is mirror less. And the fact that it is mirror less has taken a while to get used to. It has it's minuses, I'm not going to lie, but it also has it's pluses.

This photo above was taken with the 50-150mm 'S' class lens... much better, and a very good lens too! This is the lens I have been using, and will mainly use with the camera over the next few weeks. Initial thoughts, I like it... I like it a lot!

And this one was taken yesterday afternoon. I spent ten minutes in with our otters, just to quickly see what the 16-50mm lens was like, and again... at this very early stage of having only taken around a dozen photos, I think I will like this lens too.

I used the screen on the back of the camera for this photo, to see what I was photographing and compose the image. Something I thought was a bit of a gimmick and I would never use, but have to say I have found myself using it a lot over the past few weeks... especially to get the really low angles.. and it seems to take the photos just as well and sharp as if using the view finder. The screen on the back of the camera is absolutely gorgeous by the way! So vivid and sharp, and touch screen too, by far the best rear camera screen I have used.

Anyway, I will be uploading images to Samsung over the coming weeks, and will share in a few posts these images with you here as well as my thoughts on the Samsung NX1.

Thanks for looking :-)
Posted by Matt Binstead at 15:25 No comments:

Most of you will know we welcomed two new pine martens to the Centre at the end of last year. Now with the evenings beginning to, ever so slightly, draw out it gives me time to start working on them to become a bit more friendly, used to cameras, and eventually hand feed.

Daenerys is a non starter at the moment... very shy, and off display. She is a project for another time. But Drogo, above, has been settling in very well to his new enclosure.

He comes out most afternoons, and if not too active you usually see him with his head resting on the entrance to his nest box keeping an eye on the comings and goings. He readily comes out while we are in there feeding him too, but keeps his distance for now... i don't think it will be too long though till he is confident enough to come close. 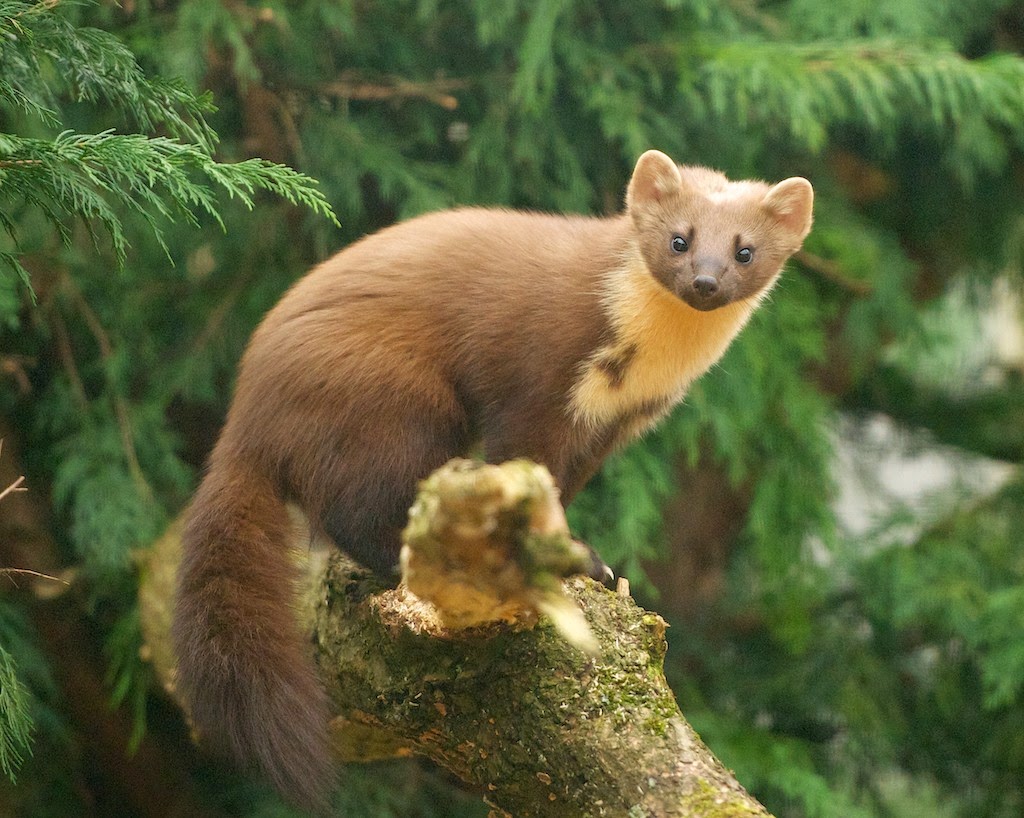 These photos are nothing too special, and all a bit samey, but I am just trying to get him used to me getting closer and the noise of a camera etc at the moment. Hopefully something more special will arrive in time. 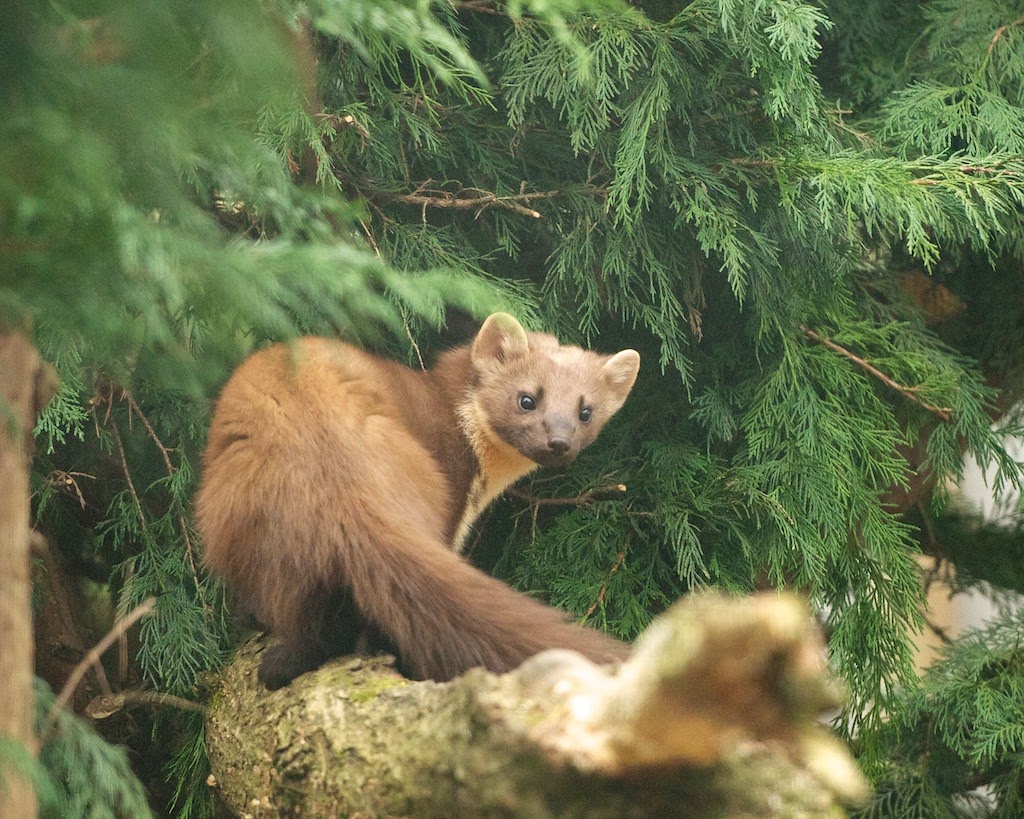 Three were taken through the inch gauge wire, but I don't think you can really tell... The others I was in the pen with him. 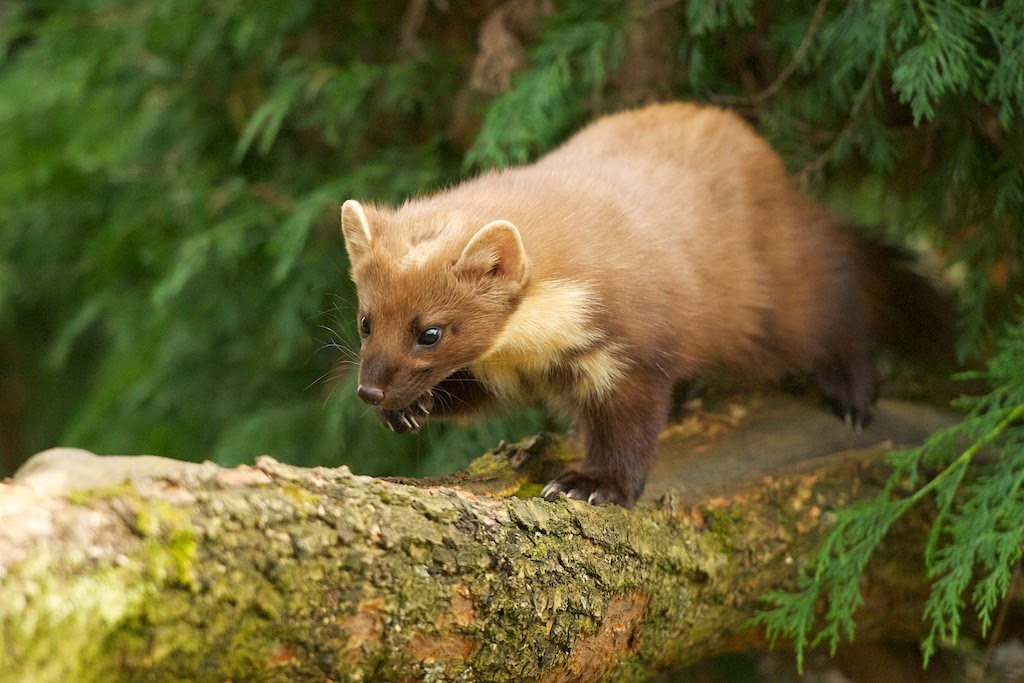 You may notice he is missing a bit of fur on his head. Nothing to worry about, that is just where he was fur clipped at the New Forest for recognition before coming to us. Spoils the photos a little, but it will grow back and he will be as handsome as ever! 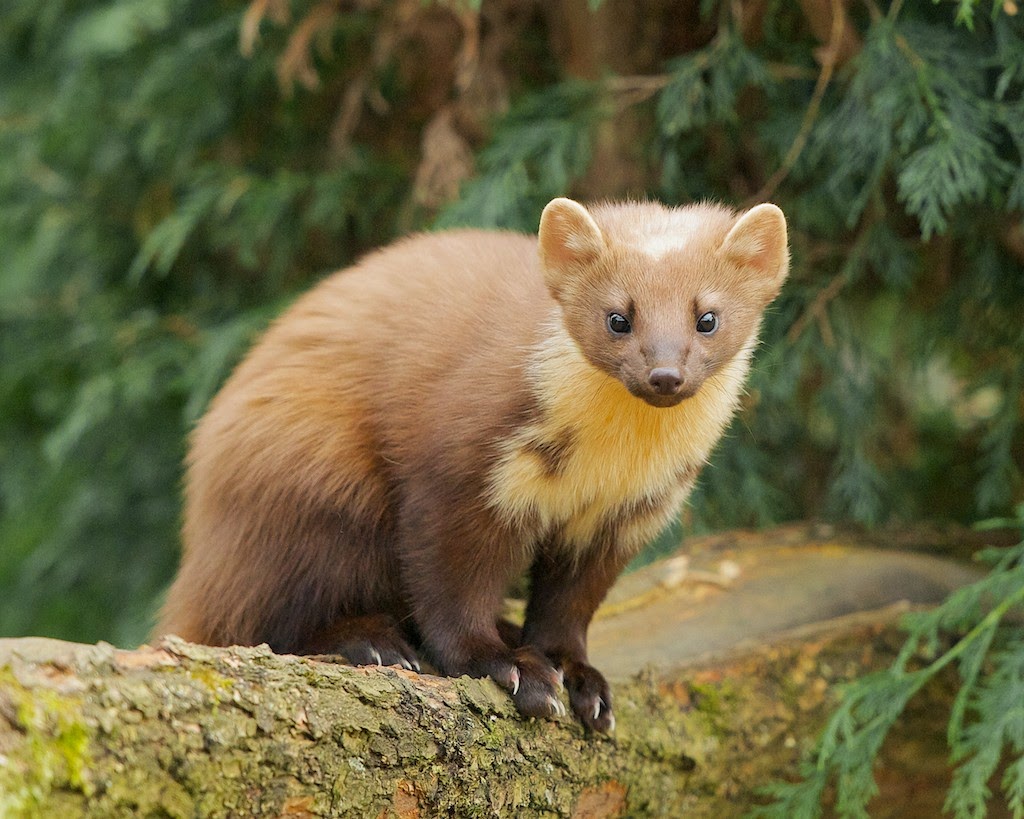 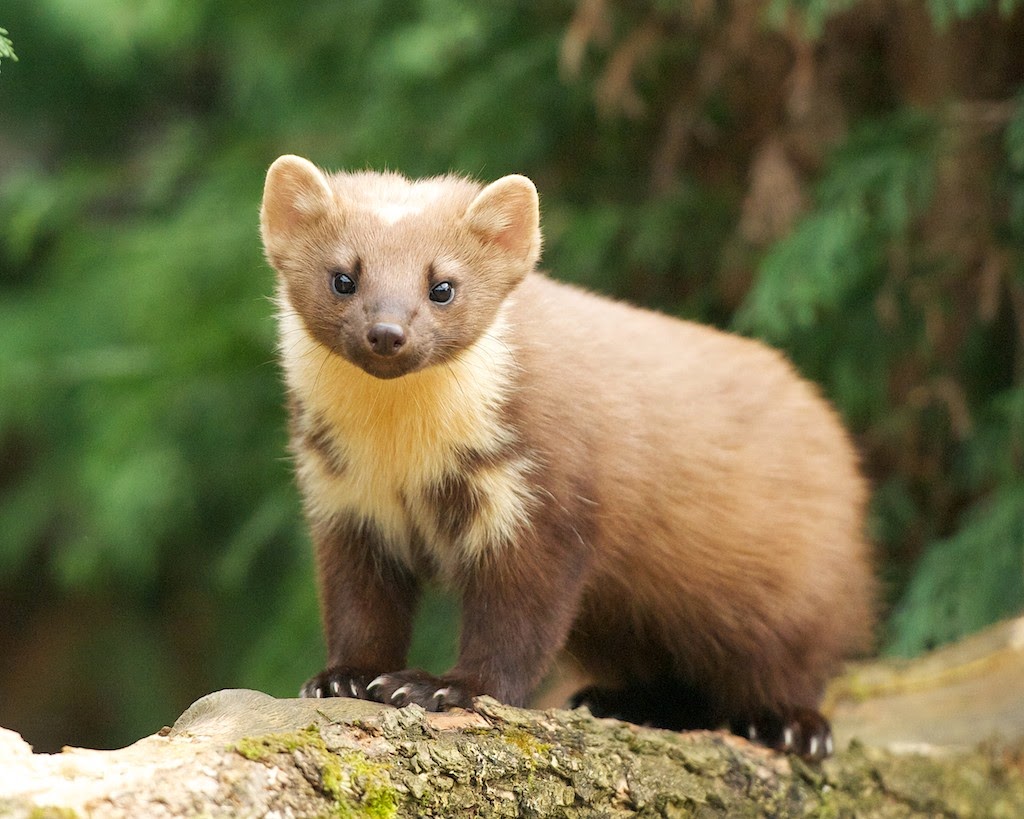 This last one was taken on the Samsung NX1, and was actually the first one I got of him. It was a very dull evening then.

Thanks for looking :-)
Posted by Matt Binstead at 13:27 No comments: