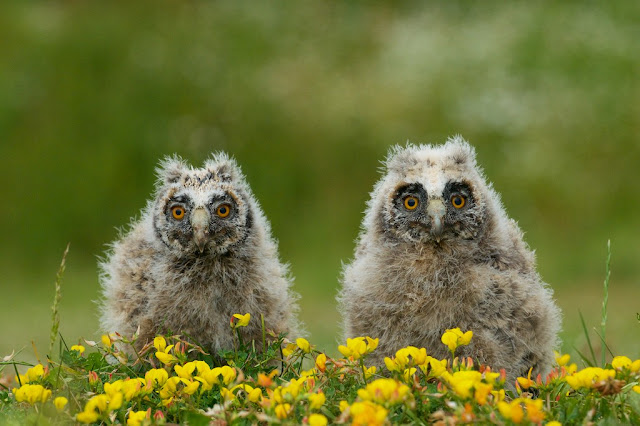 Over the past month, we have had several new arrivals at the Centre... many of them being young orphaned weasels which we have had to rear. A couple have become extremely friendly, meaning we could not release them back to the wild and so we offered them a permanent home here. It also allowed me to try a get a couple of photos I have been trying to take for some time now.

But!.. I hear you cry, those aren't weasels above... and yes, you are right. These are two long-eared owl chicks that we bred at the Centre, from a second clutch this year, which we are currently hand rearing. Well, only one of them now, as the other went down to the West Country Wildlife Photography Centre a couple of weeks a go now. A twee photo, but nice for a bit of publicity for the Centre. 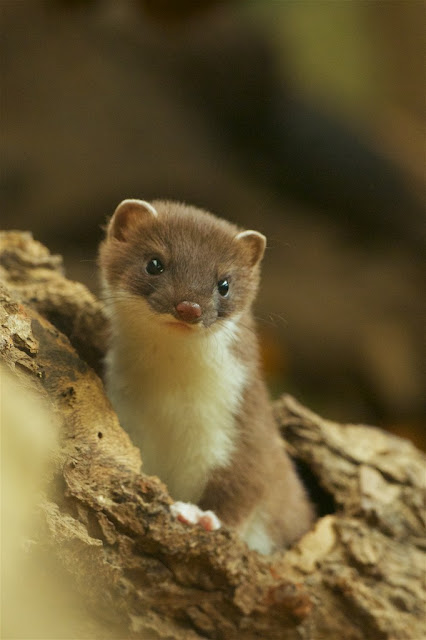 Aha, some of the more eagled eyed of you may still be saying... But Matt, this isn't a weasel either! And again, you would be right. These pictures above and below are of one of our friendly stoats, Columbus. Hand reared at a local rescue centre by one of our members, Margaret Kidd, and then donated to us to help educate our many school groups. 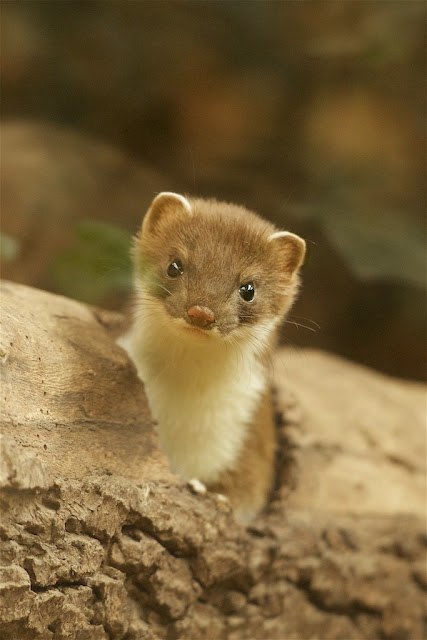 Columbus is an absolute star, and is often seen out in his hedgerow enclosure, very friendly still and seem to enjoy the attention he gets.

So, finally, below are a couple of photos of two of our new weasels... 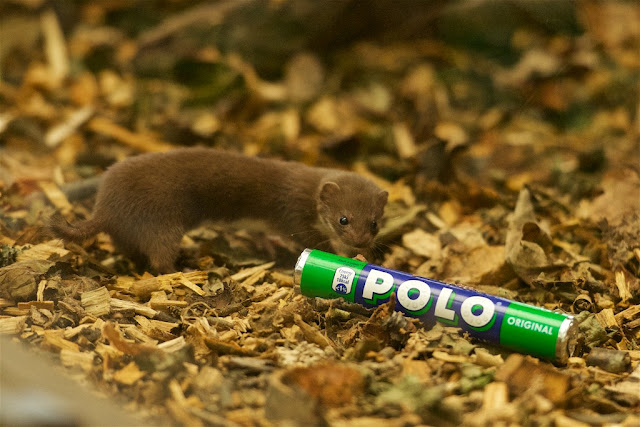 This is Ginny (Weasley), who for those who don't follow my Centre's blog, miraculously survived a road accident where her mother was hit by a car while carrying Ginny across the road. The mother died, but somehow Ginny survived. She was bought to us to care for, and has become one of the tamest weasels I have ever known.

I have often explained to people that female weasels are not much larger than a pack of Polo mints, and have been requested for this photo many times, but never been able to take something. But with Ginny as good as she is, was able to finally set something up to show the comparison.

I am very pleased with this photo, but hope to take something better later in the year in some natural light. This was indoors and very dark. 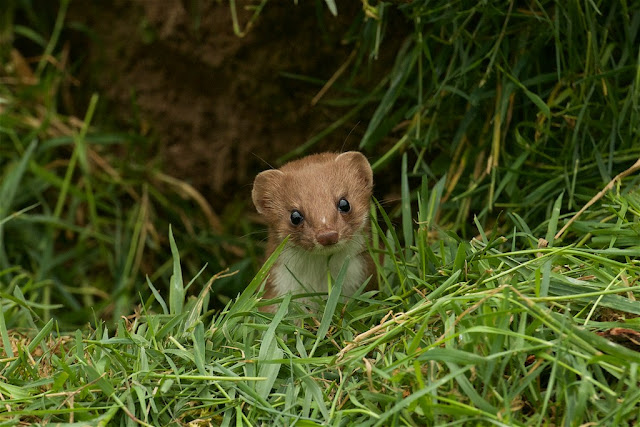 Another new arrival allowed me to get another shot I have been after for some time. Above is Wilfred the weasel, now out in his outside photography enclosure opposite our polecats.

For some time I have been trying to take a full body shot of a stoat and weasel to show of the main visual difference between the two. Difficult due to our enclosures, the size of the animals, and how quick they move, but am quite happy with this one below. 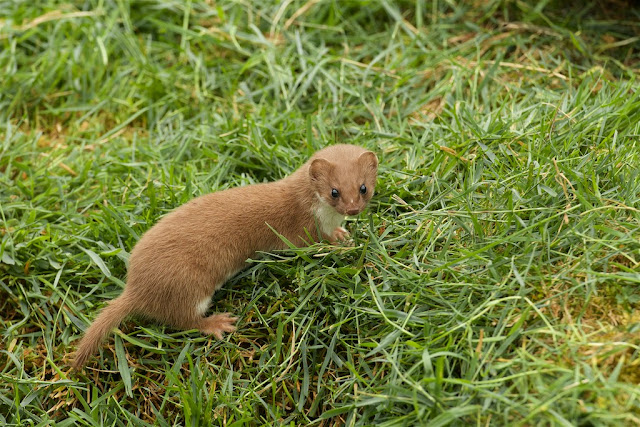 Still a lot of room for improvement, but at least I have a stop gap I can use in the mean time. I will do a post on stoats and weasels in the future when I have the comparison pictures I am after for the pari of them.

Thanks for looking :-)
Posted by Matt Binstead at 12:50 No comments: